In a meeting between government representatives on 20 March, the Indonesian Government reportedly offered China the opportunity to invest in 28 projects worth approximately IDR 1,287 trillion ($127.5 billion), as part of the Belt and Road Initiative (BRI). Speaking before the meeting, The Coordinating Maritime Affairs Minister, Luhut Pandjaitan, told the media that ‘out of those 28, we expect to reach a deal on at least two to three projects.’ The projects offered to China include ports, ore smelters, industrial estates, power plants and tourist sites, in the four provinces of North Sumatra, North Kalimantan, North Sulawesi and Bali.

One belt One road project update: Indonesia and China extend the number of project partnerships 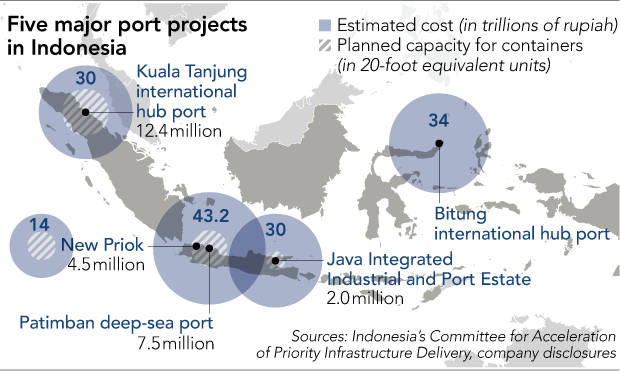 While the offer may seem appealing to Chinese investors, Indonesia has set four steep terms that may cause some reluctance on the part of China. According to those terms, investors must: adhere to standards for environmentally friendly practices; use local labour on the projects; facilitate technology transfer to local partners; and the projects must bring economic benefit to Indonesia. While those terms may seem reasonable from Indonesia’s perspective, it is unlikely that China will accept them in their entirety. Typically, BRI projects utilise labour and materials sourced from China and adhere to lesser standards of environmental and social regulations. Additionally, according to Kaiyuan Capital’s Managing Director Brock Silvers, if all four terms are adhered to, it may rob the projects of much of their value from China’s viewpoint.

From Indonesia’s perspective, backing down on some of those terms, especially regarding local labour, could be an unpopular move for the Indonesian Government. The use of Chinese labour in BRI projects has been a contentious issue for Indonesians in the past and a source of anti-Chinese sentiment in the country. The Indonesian Government will no doubt be careful not to add any fuel to those sentiments with the proposed investment projects.

Additionally, the current government will not want to be seen as weak in the weeks leading up to the Presidential Election due to take place on 17 April. Political opponents of the incumbent Joko “Jokowi” Widodo have become more vocal against Chinese investment. Prabowo Subianto, a former general challenging Jokowi in the election, has promised to review China’s BRI projects in Indonesia if elected, citing concerns that China is the primary beneficiary of those projects. That being said, Jokowi is leading Prabowo by a comfortable margin of sixteen per cent according to recent election polls, so backing down on those terms would not be a decisive blow to Jokowi’s campaign.

While re-negotiating the terms with China may not be Indonesia’s preferred approach, it may become a case of necessity. As noted in a previous Strategic Analysis Paper, procuring more investment for infrastructure projects is vital for the long-term growth of the Indonesian economy, and Indonesia is currently falling short of the investment required. Poor infrastructure across the Indonesian archipelago has also contributed to the loss of billions of dollars each year due to lower rates of GDP growth.