In the previous year, there were several official reports on how the Indonesian government was planning to duplicate the tourism success in Bali in other small places across the country. One of the identified places for this project was Mandalika on Lombok Island.

The development of the US$3billion Mandalika Resort in Kuta Bay, South Lombok is a major driver in increasing land values. With its natural beauty and cultural authenticity, Mandalika has high potential to become the next world-class tourist destination. Delivering a 1175ha of tourism-related mixed-use products, Mandalika is positioned as an ecotourism destination, which actively incorporates environmentally friendly technologies, such as solar farms, SWRO plants, and allocates more than 51% as dedicated “green space”.

Slowly and steadily, Lombok, located in West Nusa Tenggara, has grown to become extremely popular with international students, and Mandalika area even with greater fame.

The waste issue at tourism spots is inevitable, such as in Tanjung Aan beach, Mandalika, Lombok. The beauty of the white-sand beach attracts a lot of domestic and international tourists to visit which resulted in the waste management issue.

This has led Indonesia Tourism Development Corporation (ITDC) organized a waste management training for the locals, including separating organic and non-organic wastes, as well as composting, recycling, and establishing a waste bank which will be managed by the locals.

The training was participated by 25 people from Tanjung Aan and its vicinity for three days from February 27 to March 1 at ITDC Mandalika office. After the training, the ITDC team and West Nusa Tenggara (NTB) Waste Bank will assist the participants in applying their knowledge they received from the training for 14 days until the Waste Bank is established.

ITDC director of finance and corporate strategy Nusantara Suyono said the training program is one of their efforts in shifting the paradigm of people in Mandalika tourism area, Lombok, about waste.

“We hope the society can see that waste is no longer a worthless thing and is reusable,” he said Friday, March 1, adding that they can turn the waste into an economically valuable item. Besides, through the program, the people can contribute to reducing the waste ended at the landfill. 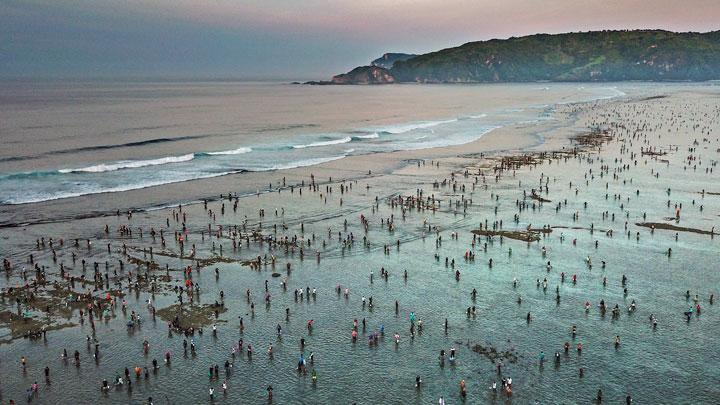 In 2016, a government-owned organization took on the responsibility to develop tourism in the beautiful Indonesian location Mandalika, located in Lombok. The project included the building of infrastructure including solar power plants, water treatment facilities and roads.

According to ITDC, the development of hotels is critical for building Mandalika Resort, which is on its last development stage. Mandalika Resort will offer around 10, 533 rooms to its guests. ITDC’s vision is to create a sophisticated tourist destination and therefore the Mandalika project would be home to several large hotels with popular brand names. This is sure to make Lombok a lucrative investment destination among investors from diverse backgrounds.

The natural beauty of Lombok and the availability of boutique resorts will make for the perfect retreat for tourists. The primary focus for hotel development at Mandalika Resort is 4-star and 5-star hotels. At the same time, 3-star and other types of hotels will also be developed under the project so as to expand the potential customer base to include those looking for more pocket-friendly Indonesia investment options.