What is Land Banking and why does it matter in a ​time of crisis?

What is Land Banking and why does it matter in a ​time of crisis? 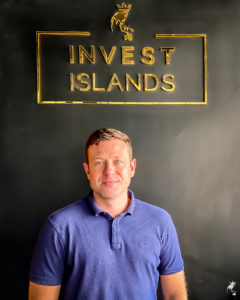 In such unprecedented times, it is impossible to know for sure what to do. The markets are wild and nobody has previously lived through what the world is experiencing right now. The S&P 500 and Dow Jones Industrials have made more five percent fluctuations in the past few weeks that in the past 12 years combined. Volatility breeds nervousness so it is a little surprise some investors are considering pulling everything out. Yet where to put it when nothing appears certain?

Looks can be deceiving. Ultimately, regardless of how and when the world fully recovers from the COVID-19 pandemic, there is one thing more certain than others. There will remain a commodity with a constantly dwindling supply yet a constantly increasing demand. Land.

Often overlooked by investors, land banking is a buy-and-hold technique that, when done correctly and with due diligence, is also relatively low-risk. Consider this: Instead of putting your money in a low-yield savings account or an increasingly volatile stock market, you are literally investing in a tangible fixed asset. And unlike real estate that can bring with it nasty surprises such as tenants, termites, and broken toilets, undeveloped land is virtually free of overheads.

What is Land Banking?

Warren Buffet, arguably the world’s most prominent investor, will turn 90 later this year and his investments have survived booms, busts, financial crises, world wars, and now a global pandemic. One of the American’s most famous tidbits of advice is: “Only buy today something you would be happy to hold for 10 years if the market shut down tomorrow”.

Consider this advice in terms of land banking: you could buy an empty plot of the land tomorrow, ignore it for 10 years and when you return to it, its size and shape will not have changed. Yet its value almost certainly will have. As the global population continues to grow, the amount of available land is going to continue diminishing. Demand will outnumber supply and the value of your investment will rise. It is simple mathematics.

Think about the neighborhood where you grew up. Has it changed? Most likely it has expanded, pushing its city limits wider, with new residential properties, commercial units, retail parks, and industrial factories. Now imagine if you had bought some land out there before the development began. Do you think its value would have risen? Without doubt. This exact strategy has turned keen entrepreneurs around the globe into millionaires. And continues to do so.

For raw land investors who know how to competently pursue this strategy — that is by leaning on experts for knowledge and experience, completing extensive due diligence, and selecting well-placed land — land banking is a low-risk yet extremely lucrative way to build serious wealth from real estate.

If a decade of inaction does not appeal, there are alternatives. Were you to purchase well-positioned land, apply some forced appreciation by way of installing water, electricity, and road access, instantly you have an improved asset ready to sell or lease. It is a strategy both property developers and mass retailers have been doing for decades in practically every city in the world. McDonald’s, for example, may sell burgers and fries, but a massive share of the company’s revenue is generated through real estate — the rental income it receives on its 35,000-plus physical stores.

Several businesses big and small look to lease land on anything from a monthly to a yearly basis. Often these operations need undeveloped land in order to construct their physical business in a necessary way. A land lease — also known as a ground lease — allows a second party to rent a parcel of land rather than purchase it. The options do not end there: a plot of land can also be leased for other purposes, be it billboard advertising, a telephone tower, or even a cattle ranch. This method is essentially the same as leasing a property, but with the advantage of not having the overheads associated with constructing and maintaining the building and keeping your tenants content.

Yet depending on the location and zoning regulations, developing property on a raw land investment can of course be an attractive option. A plot of land located in an attractive area can furnish you with both a holiday home and a buy-to-let residence. And were you to be ambitious enough to develop multi-family real estate or commercial units, multiple sources of revenue would not only potentially increase profits but also spread the associated risks.

A similar strategy is subdividing the land itself. Investors can increase the total value of their land by separating it into smaller plots and reselling them individually. It is also often easier to find various small-to-midrange investors than one large-scale investor. The subdivision process can be divided into two: mapping and legal documentation. Mapping refers to how the land should be divided and defined; legal documentation refers to the submission of the proposed subdivision, which generally includes applying to the local authorities and paying a fee. If the application is approved, the subdivision mapping is complete and recorded.

The trick for individual private investors then is to find somewhere in the early stages of development; a place where you can still purchase land at today’s rock-bottom prices before the wider world (including corporations such as, yes, McDonald’s) perceives its potential future value. Areas in the path of growth exist in every metropolitan area in the world and are overlooked by the majority of real estate investors, who tend to focus on property. Asia is full of such opportunities, be it in Vietnam, Thailand, Indonesia, Cambodia, or any number of other countries.

Invest Islands offer land across Indonesia, including on the islands of Sumba and Lombok. The latter in particular is primed for land-banking opportunities, courtesy of its proximity to Bali, and the fact the national government last year identified it as part of its “10 New Balis” development scheme. With a year-round pleasant climate, incredible marine life, a new international airport, and a multi-billion dollar leisure project already underway, everything suggests Lombok is set to explode in the years to come — although almost certainly sooner. A custom-built street circuit will host next year’s Indonesian MotoGP and those who put their foot on the gas early could see the value of their initial investment rocket within months.

By way of example, we only have to look 150km west of Bali. In 2015, a square-meter of land there was worth US$80; 5 years later that same square-meter was worth US$400. Lombok is a half-hour flight away, but the price of land suggests otherwise. In 2017, it was just US$20 per square meter; now it averages around US$75 per square meter and is still growing steadily. Do you think, even if you were to discount the ongoing private and government-backed developments going on, that the price is going to drop in the next 10 years?

With such a land-to-dollar ration, it is little surprise Lombok is becoming increasingly popular with first-time investors. More than 60 percent of all Invest Islands clients are first-time land investors, including Australians looking for retirement solutions and European expatriates keen to invest in one of the Indonesian Government’s priority destinations. One French client who purchased 2,500  sqm of land in Kuta in 2016, sold it 18 months later for a 33 profit.

Phuket is another fast-growing Asian city that offers good land-banking opportunities. A Thai metropolis of modernity, it is filled with gyms and cafes, hip bars and restaurants, high-end shopping, and beautiful beaches. Just now there are ample housing units, but, like Lombok, it is an island so the land available is finite. Increasing tourism and lowered interest rates suggest the supply and demand dynamic will soon skew and the price of real estate will creep up. The current cost of prime beachfront locations in Phuket is already around US$1000-$1500 per square meter and will likely continue to grow in the coming years.

If you feel you have missed the boat on Phuket, there is also the Vietnamese city of Phu Quoc. Located at the southern tip of Vietnam, it welcomed around two million visitors in 2017, an increase of more than 70 percent on the previous year. While traditionally popular with backpackers, a host of luxury hotels are changing the scene. With future plans to further upgrade the island’s infrastructure and high-end leisure facilities, a continued rise in tourism seems certain. The most expensive parcel of land is located at Long Beach and costs between US$200-US$300 per square meter.

Naturally, like all investments that require somewhat of a crystal ball, land banking requires due diligence, extensive research, trust, and a moral compass. A good example is that of Sihanoukville in Cambodia.

Sitting 50 km northwest of Phu Quoc, Sihanoukville was once touted as a prime land-banking location courtesy of its picturesque beaches, a friendly atmosphere, and steadily increasing the flow of families and backpackers. In the first six months of 2019, the cost of land in one neighborhood doubled from US$800 to US$1600, making some investors very rich.

Yet it comes with an asterisk. As a result of China’s Belt and Road Initiative, investment and tourism have both flooded Sihanoukville, with road signs changing from Khmer to Chinese, more than 70 casinos sprouting up, and visitors increasing more than 700 percent. With such developments come the usual issues related to over-tourism: pollution, crime, loss of culture, etc. There is certainly money still to be made in Sihanoukville, but what the future holds for the city is less clear.

Invest Islands actively work to avoid such situations developing in the areas it operates. Since the company was founded in 2014, it has always maintained strong ethical decision-making, not only in terms of choosing land but in every aspect of the land and real estate development business. Whether that means choosing locally sourced materials or refusing to partner with an investor who intends to maximize the number of potential inhabitants to the detriment of the surrounding environment, morals come first.

Another of the company’s pillars is its commitment to eco-friendly construction. The recycling facilities that accompany all Invest Island plots to ensure a sustainable approach to waste management, as well as provide employment within the local community. As waste reprocessing and protecting the ecosystem take on increasing importance, such features will only add more value to banked land.

Of course, land banking is not for everyone, and, like all investments, you should carry out serious studies before signing anything — in such unprecedented times, it is impossible to know for sure what to do next. Yet to paraphrase Mr. Buffet’s words of wisdom: If the market shut down tomorrow, would you be happy sitting with a tangible asset that history tells us will only continue to go up in value? If so, land banking — and Lombok, in particular, with its growth rate of 15-20 percent per year — might be your smartest move.

A born entrepreneur, Jack founded his first company at 19. His self-starter attitude paired with invaluable experience as a sales and marketing professional for brands like OCS Cannon Hygiene and Marriott made him the perfect business partner for Kevin Deisser at Invest Islands. Impressed by the substantial returns Kevin was seeing with Invest Islands, he foresaw the potential of the business and what he could bring, and that is how Kevin Deisser and Jack Brown’s Invest Islands project came to life.