The archipelagic and maritime country of Indonesia will host the annual sail Indonesia which opted for the Moyo Tambora route in Sumbawa, West Nusa Tenggara (NTB), this year in the much-anticipated Lombok sailing event “Sail Moyo Tambora 2018”.

Sail Moyo Tambora 2018 is part of Sail Indonesia, an annual rally that typically departs from Darwin, Australia, and heads to Indonesia, visiting several ports across the archipelago.

This year’s rally, which will highlight Moyo Tambora after having previously promoted the Sabang, Karimata and Bunaken legs, expects to see hundreds of yachts from around the world depart from two locations: Darwin and Singapore.

The yachts are to gather in early September in the Labuan Bajo area of Flores, East Nusa Tenggara, before sailing together to Badas Port, where Sail Moyo Tambora 2018 opens on Sept. 9.

The annual event is scheduled to be held from Sept. 9 to Sept. 23. 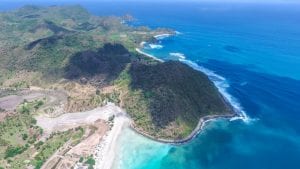 Sail Moyo Tambora 2018 features an array of attractive events, from international sports festivals and unique local arts and cultural shows to international seminars and workshops on the economy.

A welcome dinner on Sept. 8 will precede the opening ceremony. The event will be held to welcome invited domestic and international guests, who will come to Sumbawa either as tourists or to take part in a sail competition or other events.

The opening ceremony on Sept. 9 in Badas Port, Sumbawa, carries the theme “Discover Sumbawa” to showcase NTB’s cultural wealth. NTB is more than just Lombok – the Island of Sumbawa is also part of the culturally and marine-rich NTB.

At least 100 yachters from various countries will visit Sumbawa Island to see its breathtaking natural wonders and experience its culture.

The opening event will also feature cultural attractions that reflect the distinct features of NTB. They include mass dances from Sumbawa and Bima, a parade of 1,000 traditional ships and an international yacht rally in Sail Moyo Tambora 2018.

With each yacht carrying a crew of two to four sailors, the province is looking at welcoming around 500 foreign visitors during the event.

Social activities led by the Indonesian Navy were held in Bungin village, Badas district, Moyo Island. The program focused on free health services for the local community, free house renovations, and the promoting of social and health issues.

Meanwhile, the Archipelago Sailing event involved at least 400 boy scouts across Indonesia. They sailed the sea of Sumbawa.

In addition to sailing, participants were given the opportunity to climb to the top of Mount Tambora. 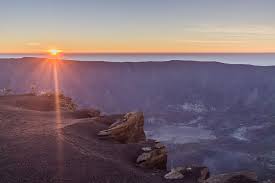 A number of surfers from different countries will compete in an international surfing competition – the World Surf League Qualifying Series – on Yoyo Beach, West Sumbawa. The event kicked off on Sept. 8 and will end on Sept. 12.

Following the opening ceremony of the Lombok sailing event, there will be a series of main and supporting events that will reflect different facets of Nusa Tenggara and its richness in arts and culture. The main events are the City Parade, the Fun Color Run, the Culinary Program and the Weaving & Fashion Street Fest. The supporting events include the Maritime Culture Dialogue, the Investment Forum, Kenawa Jazz Festival, International Paragliding, International Workshop of the Blue Economy and Senggigi Festival.

For three days, from Sept. 9 to Sept. 11, visitors of Sumbawa will be treated to West Nusa Tenggara’s cultural attractions in an event at Badas Port.

On the same days and at the same venue, visitors will have an unprecedented opportunity to witness a range of creative industrial products that showcase Indonesia’s maritime and tourism potential in Indonesia at the Maritime Expo.

One can also watch the City Parade, through which all regencies and municipalities in West Nusa Tenggara will showcase their traditional cultures, as reflected in attire and accompanying traditional dance and music. The parade, to be held on Sept. 10, will start in the Sumbawa regency office and finish at Pahlawan Field.

For health-conscious travelers, there is the Fun Color Run, a mixture of sports and fun, on Sept. 10. this Lombok sailing event will have At least 5,000 participants across NTB will take part in the event. It will start at the Sumbawa regent’s office and finish at Saliperate Beach. The first 100 finishers will be entitled to a medal and a door prize that will be presented at the end of the program.

Participants of the Fun Color Run will be treated to Sumbawa’s typical dishes, many of which feature fish, in the Culinary Program on the same day.

Fashion enthusiasts and fans of ethnic fabrics will have the opportunity to see how local weavers weave cloths in Weaving & Fashion Street Fest at Samota Bride on Sept. 12. The weaving demo will be enlivened by the Fashion Street, featuring local cloths.

Sumbawa offers natural and marine resources that are untapped, providing an opportunity for investors to explore business opportunities. An Investment Forum, therefore, will be held on Sept. 13 to help boost local income.

The Lombok sailing event will also feature International Workshop of the Blue Economy, which will be held at Mandalika, Lombok, NTB, from Sept. 1 to 18.

Apart from the workshop, there will also be a seminar themed “Asia Pacific Geopark Network” on Sept. 18 at Mataram, Lombok, NTB.

Other supporting events will include Barapan Kebo & Pacuan Kuda (Buffalo & Horse Race) on Sept. 15, International Paragliding on Sept. 16, Gili Tramena Begawe on Sept. 20 and Senggigi Festival on Sept. 21 to 22.

Sail Indonesia Moyo Tambora will be closed on Sept. 23 in the Farewell Party event in Gili Mas, Lembar, West Lombok. The closing ceremony is expected to be attended by yachters and a number of dignitaries.